The Lady eagles defeated the Burnet bulldogs 6-0 Monday night! Holly Wright started out strong beginning the game with the first goal. Followed by a goal by Kennedy Anthony from a cross by Haley Piatak. Allison Carnahan and Holly Wright both scored from outside the box. Savvy Oyler scored inside the box from a short pass from Kennedy Anthony. The final goal of the night was scored by Anna Lesley. Avery Wright finished the night with a shutout with help of the defense. 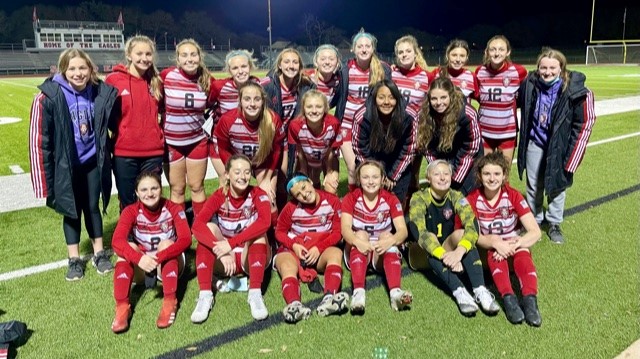