Varsity
The Red Posse has had October 9th circled on their calendar since their loss at Jarrell in their first district meeting. Salado wasted no time unleashing on Jarrell in the first set 25-9. The Lady 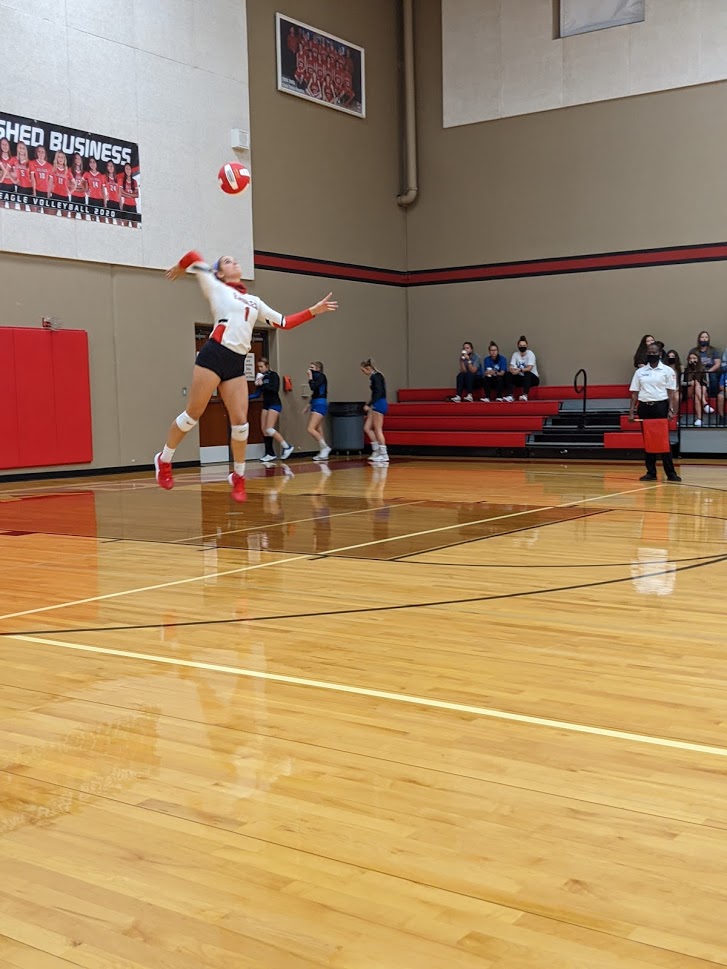 Cougars would not roll over, but Salado was still too much in the second set winning with a score of 25-20 to take a commanding 2 set lead. Jarrell would again compete and take the set 21-25, but that’s as close as the Lady Cougars would get. Salado would fight and take the fourth set and match with a 25-19 victory. The offensive attack was led by Lainey Taylor, Amy Manning, and Kenslee Konarik totaling a combined 34 kills. Reese Preston played an all-around great game with 14 digs, 19 assists, and 3 aces.

Freshmen
The young freshmen squad played a great all-around effort and defeated Jarrell in straight sets (25-22, 25-13). Caitlyn Kasper and Leyla Peralta had excellent back row play. It was a great week for the freshmen.