Varsity – The Lady Eagles (2-1) were matched up a talented squad from Burnet (2-1) in a pivotal District 19-4A match on Friday night. Coming off a 5 set victory against Lake Belton earlier this 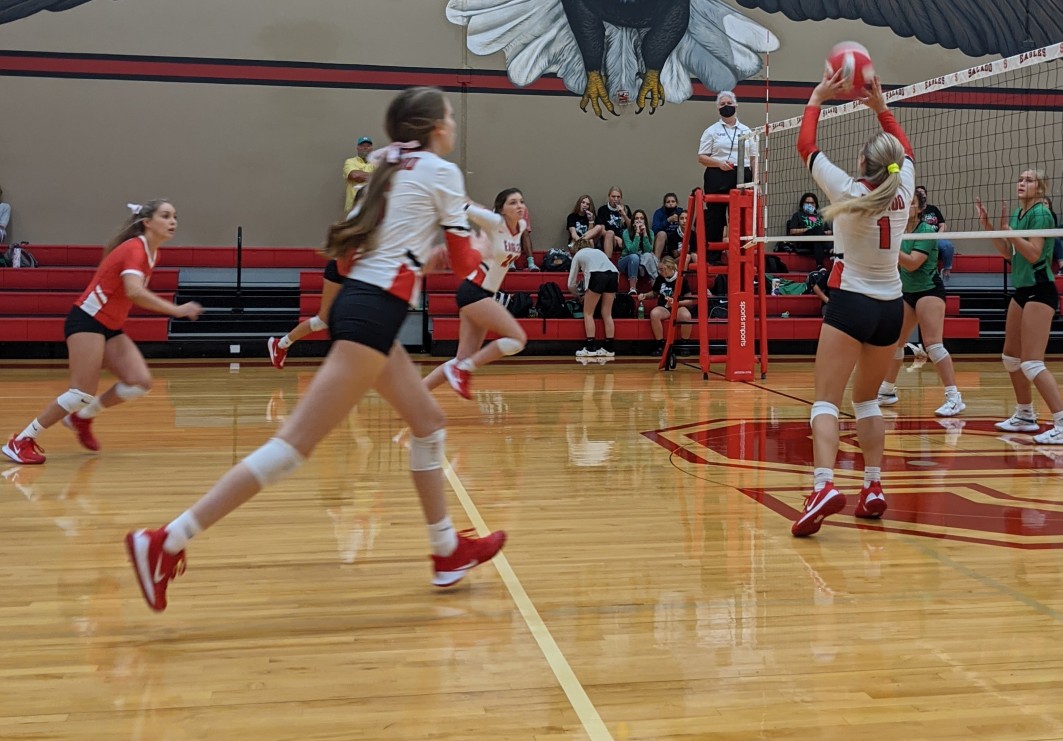 week, the Lady Eagles didn’t mind going to 5 sets again to get the job done again. They jumped on Burnet in the first set 25-15 with ease, but the scrappy Bulldogs were not going away easily. They stole one from Salado in the second set 23-25 before gaining a 2-1 set advantage with a 17-25 victory over the Lady Eagles. Down 21-23 in the fourth set, Salado would have it’s defining moment of the year and complete the 25-23 comeback to force the 5th set. Despite falling behind early 1-4, the Red Posse came alive and stormed back to take the match with a 15-10 5 set victory. Senior and captain Amy Manning took over for the Lady Eagles in sets 4 and 5 coming up with 7 kills in the final two sets with 14 overall. Kill contributions from OH/S Haleigh Wilk (13), Lainey Taylor (10), and Kenslee Konarik (9) would prove huge for Salado all night. Middles L. Taylor and Alex Dworaczyk would have big defensive nights as well combining for 8 blocks. Senior Libero Megan Manibusan and 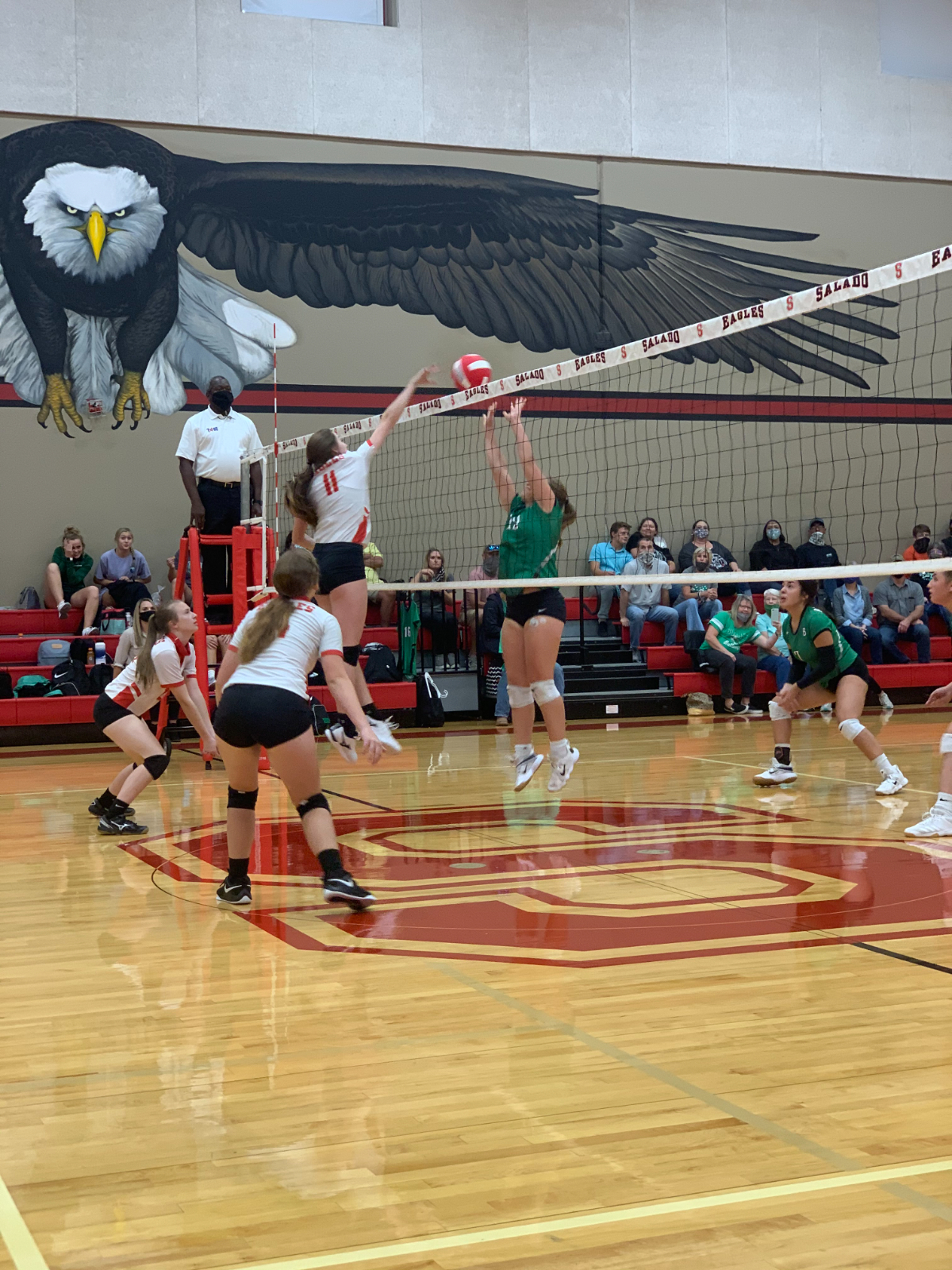 defensive specialist Katey Bartek were a stone wall all night on the back row. Senior setter Reese Preston had 31 assists on the night thanks to quality passing. Freshmen OH Reese Rich was reliable as always on the OH only making two unforced errors all night.

JV – Salado’s JV squad has been fending off injuries, but didn’t let that slow them down in their match against Burnet. The Lady Eagles competed well, but dropped the first set of the night 20-25. Undeterred, they responded in the second set in a nail biter victory with a score of 27-25 before putting Burnet away with east (25-17) the the rubber set. Sophomore Nikki Poole has stepped up and performed great in a new role at the net giving the Lady Eagles much needed help after a slew of injuries. Junior Layney Petty would serve strong all night keeping Burnet passers frustrated and off-target. JV Coach Diane Konarik was proud of the team effort and hustle all around.

Freshmen – Salado’s Freshmen team suffered a loss in straight sets (13-25, 19-25). The Lady Eagles came out sluggish and competed in the second set, but still fell short.

The Lady Eagles are on the road Tuesday night in Georgetown at Gateway Prep High School. Freshmen, JV, and Varsity game times are at 5pm, 6pm, and 7pm respectively.