The Lady Eagles came out on fire Thursday night taking down Marble Falls in 2 games to improve their record to 2-0. Serving played a major role in defeating the Mustangs 25-23 and 25-10. Macy Morris received player of the game for her great serves and awesome play at the net. The team played great with awesome team spirit throughout the entire match.

The Lady Eagles won their first home game last night against the Marble Falls Mustangs. The girls battled hard the first match winning, 25-23 and carried their excitement and hard work to the second match, coming out on top 25-17. Izzy Dudeczka was named player of the game with her hustle on the court and consistent serves.

The Lady Eagles 8th Grade B team came out strong in their first home game of the season. Showing an improvement in their movement on the court, the lady eagles gave a tough fight, but lost to Marble Falls 17-25 and 15-25. Kirbee Webb earned player of the game as she controlled the net with her defensive blocks.

The Lady Eagles lost to Marble Falls in a hard fought match. The Lady Eagles were down 15-23, caught up to 20-23 and ended up losing 25-20. The Lady Eagles would also have lost the second set 23-25, but not without Elly Wade going to the service line at 14-22 and serving the Lady Eagles back into the game at 21-22. Wade is also player of the game.

Both A teams will travel to Robinson this weekend for a tournament. All teams are back in action Monday at home against Llano. 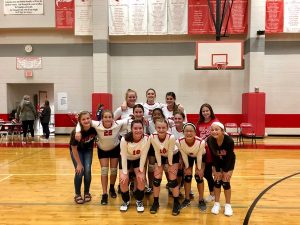 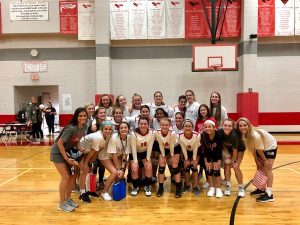 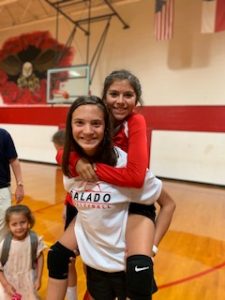 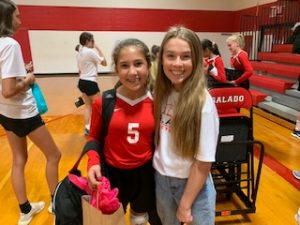 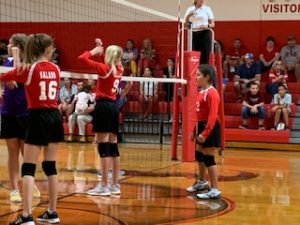 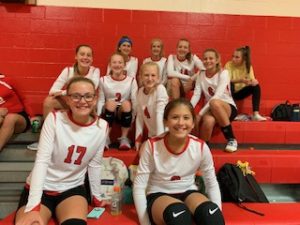 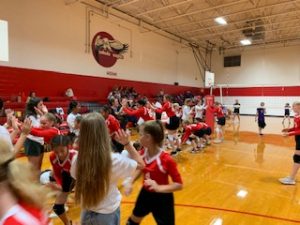