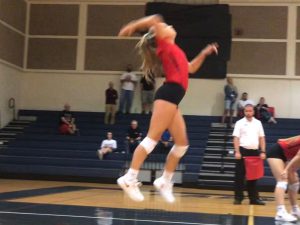 Varsity – The Lady Eagles varsity got the win, but it took all five sets to get it done. After dominating the first set 25-13, Cedar Creek would rebound with a 28-30 victory in game two. Salado would take a 2-1 series lead winning the third set 25-15. Cedar Creek answered yet again and 22-25 in the fourth. The rubber set would also come down to the wire with Salado holding on to win 15-13. DS Megan Manibusan turned in a huge night with 14 digs. Senior OH Landry Rogers would have a big night with 24 kills and MB Lainey Taylor would have 7 kills and 5 blocks of her own. 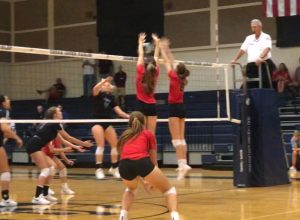 JV Red – The JV Red squad would struggle to establish play early and had to compete from behind all afternoon. After dropping the first set 23-25, they found some momentum in game two winning 25-15. However, they would fall short in the rubber set 20-25.

JV White – The Salado Lady Eaglr JV White squad came away with a win in three sets (25-23, 23-25, 25-17). Contributions from Freshman hitter Makayla Bush and back row play from Sophomore Emma Grant would lead the charge for Salado. Setter Jordan Ferguson would again have a big night adding 18 assists.

The Varsity Lady Eagles improved to 14-11. Salado is back in action at home against Academy on Friday (9/6) with sub-varsitys starting at 5:00pm.