The Lady Eagles will travel to Lampasas on Friday. 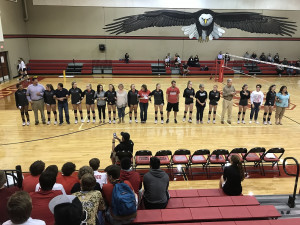