In Salado, the Lady Eagles earned their third district championship.  The girls dropped two goals to Gateway Prep early in the first half, but came roaring back to tally five goals before halftime.  Madison Spradlin initiated the flurry of goals by using sheer determination to walk the first Lady Eagle goal into the net.  Spradlin also sank a penalty kick in the second half for two goals on the night.  Reagan Morreale, Hannah Reavis (assisted by Reagan Morreale), and Annie Ewton (two goals assisted by Kristin Crouch and Hannah Reavis) all added to the scoreboard tally.  Rebecca Gonzales (assisted by Madison Spradlin) netted a goal of the second half.  Danielle McDaniel had three saves.

The Eagles dropped a game (2-0) to the Harker Heights HS Knights in a hard fought match with a strong and fast 6A team. Trey Sheppard had nine saves this evening. 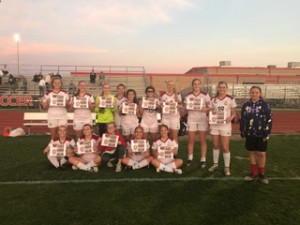